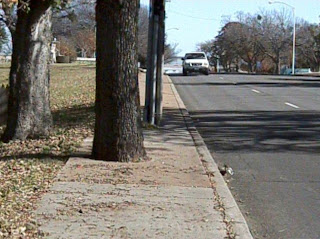 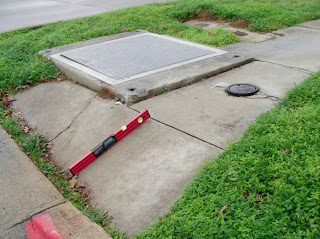 Posted by David Ferleger at 4:25 PM No comments:

Posted by David Ferleger at 3:52 PM No comments:

ARE WEBSITES "PLACES OF PUBLIC ACCOMMODATION" UNDER THE AMERICANS WITH DISABILITIES ACT?

Is website a “place of public accommodation” covered by the Americans with Disabilities Act (Title II)?

Is a website a “place of public accommodation” covered by the Americans with Disabilities Act (Title II)? The ADA was enacted in 1990, before there were websites; among the dozens of kinds of “places” identified in the ADA, there is therefore nothing about websites.


If a website is covered by the ADA at all, are all websites covered? Some? Which websites are covered?


What does “accessibility” mean for a website for someone who is blind or has limited eyesight?


When a business’ website is a service welcoming and bringing people to the business, must the website be accessible to blind persons?

The first website accessibility case to go to trial was argued and is awaiting decision by the United States Court of Appeals for the Eleventh Circuit.

The trial court had ruled fully for the plaintiff, Juan Gil, and ordered Winn-Dixie, the grocery store chain, to make its website fully accessible to the blind, and to do so through compliance with the accepted standard, WCAG.

Mr. Ferleger stated, “We seek a decision guarantees that the internet’s doors are open to the blind. accessible websites are good for the blind, good for businesses, and good for society as a whole. As Mr. Gil, a paralympic athlete, testified at the trial, “Why me, as an individual that’s visually impaired, why can I not access the same, goods, services on a website…” “The dignity and perseverance of Juan Gil is inspiring,” said co-counsel Joshua Entin.

United States Senators wrote to the Attorney General to urge limits on ADA website accessibility cases, citing the Gil v. Winn-Dixie case at the outset of the letter.

The various federal courts of appeals have adopted their own standards for accessibility. Though there have been thousands of lawsuits on ADA website accessibility, Mr. Gil’s case is the first to have gone to trial.

For whatever reason, the 11th Circuit has not yet decided Winn-Dixie. It remains to be seen how the court will enter the legal fray.  Federal courts of appeals have developed various flavors of standards on website website accessibility. Some are “all are covered” or “none or covered.” Some, including a prior 11th Circuit decision, find that the ADA covers a website if the site has a “nexus” to a physical store.

Of course, with so much commerce having moved online, including to businesses with products and services being sold solely online, the caselaw’s “none covered” and the “nexus” approach are seriously deficient. The situation has been changing since those cases were decided.

“What percentage of retail sales are ecommerce? More than 10 years ago, ecommerce was at 5.1% of total retail purchases. Ecommerce now [2019] accounts for 16%.” “Since 2007, the web has tripled its share of retail sales.”
https://www.digitalcommerce360.com/article/e-commerce-sales-retail-sales-ten-year-review/
March 3, 2020

Please let me know of any court decisions on this issue, both in courts of appeals and district courts.

To check on status of the case, or for copies of the briefs, feel free to write or call Mr. Ferleger, david@ferleger.com

For various perspectives on the suit generally (and before the new court of appeals decision):

“Perspectives from an ADA Lawyer: Practical Implications of the Winn-Dixie Lawsuit”
https://medium.com/usablenet/perspectives-from-an-ada-lawyer-practical-implications-of-the-winn-dixie-lawsuit-bf56d104b0ae

Posted by David Ferleger at 11:52 AM No comments: